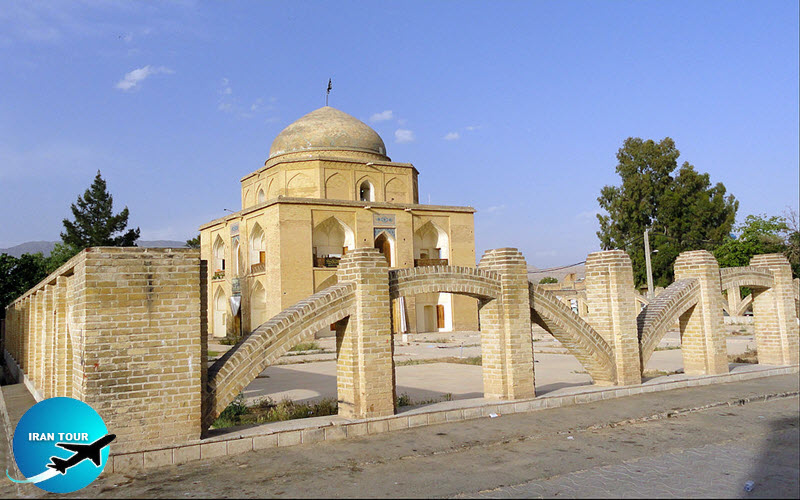 Bibi Dokhtaran Mausoleum
This mausoleum houses the grave of Bibi Dokhtaran, reportedly the daughter of the fourth Shiite Imam, Zein al-Abedin. The structure was built during the Mozaffarid period by Khatun Qatlagh-Beik, the pious wife of Emir Mobarez al-Din and the mother of Shah Shoja. Little has survived of the original structure after the repeated and often excessive repairs.
In its current state, the building is square, with doorways on either side. On its upper tier, it has balconies, delicately emphasized by fretted wood railings and stucco moldings. The square core is surmounted by an octagonal superstructure (or rather, a square with cut-out corners), which in its turn is crowned by a shallow, pointed dome on a high drum. Patterns of brick and tile add to the overall beauty of the building's exterior. Inside, the structure has a cruciform plan, with a casket of inlaid wood at the center. The tombstone itself seems to be located in the basement, but this is always closed to the public. The deep alcoves around the central square core also feature balconies of fretted wood. Running around the perimeter and visually highlighting the border between the lower and upper tiers is a beautiful Naskh inscription. The interior is lit by latticed wooden windows in the dome base.